A new development of affordable homes has been officially opened on Blue Street in Boston on the site of the former Pilgrim Foods depot. The 41 new homes have been designed to have garages rather than living accommodation on the ground floor, to mitigate flood risk.

The £4 million development was built for Waterloo Housing Group in partnership with Boston Borough Council and D Brown Building Contractors Ltd.  The new housing attracted government grant support of £1million from the Homes and Communities Agency and comprises 33 homes for rent and a further eight to part buy, part rent through shared ownership.

The homes offer a new chance for some residents who fell victim to flooding in their previous homes and had to move out due to the tidal surge of 2013, such as Mr and Mrs Green:

“We lived in our old house for over six years and in the floods we lost a lot of our things,” they said. “In our new home we know we will not get flooded and have to move out again and we feel safe here.”

As part of the ceremony, residents, Councillors and partners gathered to see a commemorative plaque unveiled on a bench in the children’s play park and celebrated afterwards with lunch.

“The completion of this development marks a new beginning for the local families now living here and demonstrates our commitment to working in partnership with Boston Borough Council to provide affordable housing for those who need it.” 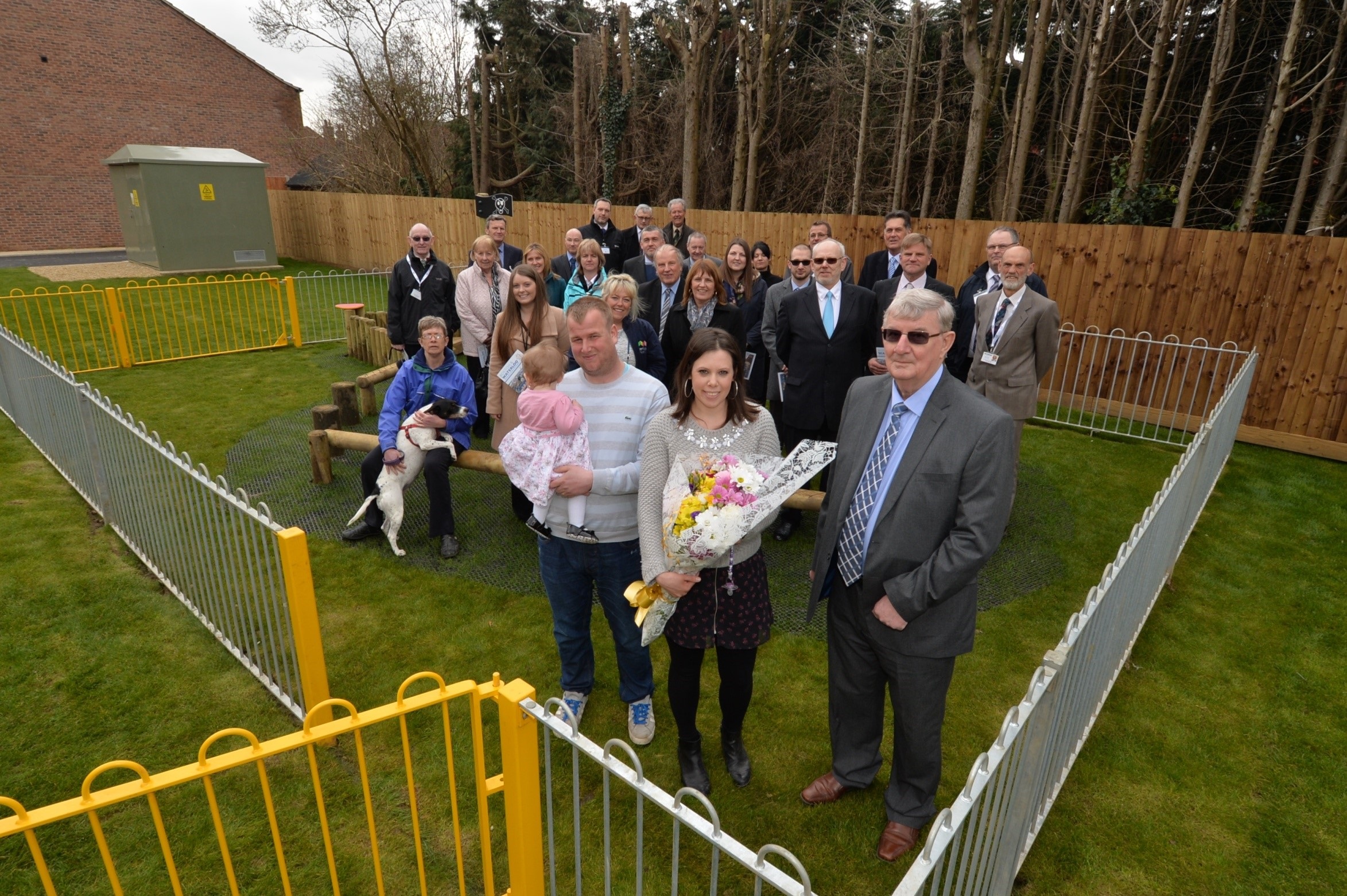